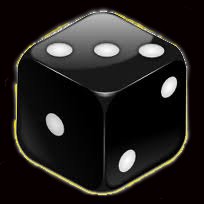 When I start working on a game one I think about very early on is, "How will the dice marry with the desired flavor of the game?"
It's an important question.
Personally I filter every decision I make

If the game is a game with  lots of fighting and strategy it's OK to have good number of modifiers and several roles to  complete a round of combat. If the game is more in the realm of descriptive action then a tighter faster die mechanic might be a better choice.

By way of example look at D&D 4th ed. In a typical round of combat there is allot to know about your character, what the character can do, what skill are available how they modify the hit roll, and how their position in the fight  might  modify any of that. It all effects the result of that humble twenty sided die. Am I bloodied? Is this attack an area of effect?Does it do something even if I miss? Does it trigger an attack of opportunity, or a shift? These are all valid questions round to round during combat in a game of 4th edition. It slows combat down. This is not a bad thing, this is what players who love 4th edition love. High fives all round when you force an opponent to move and trigger a bunch of opportunity attacks. It's a deep game which can be super satisfying for those who want to plunge those depths. The die mechanic and all that gets added to it supports the desired play style.
Heck my "Block game" falls solidly into this vein, it's a table top slug fest with more in common with Diablo or Gauntlet than D&D.

On the other side is a game like Dungeon World. The dice are very minimal, roll 2d6 add your attribute mods over 10 is great, 7 to 9 success with some cost, under 6 not so good at all. As a die mechanic it's very fast, there is little to actually think about. Sure some players will go one level deeper and think about what combat moves they might be triggering when ever they start to talk, but that's actually not in the spirit of the game. The game is built to create  fast moving, non-strategic, descriptive melees. This more narrative dungeon crawl style is well served by a light die mechanic. This is not a bad thing, players looking for  action filled adventures without allot of system overhead eat this up.

So I have a confession a deep dark confession.
Ready.
If you have a hat, hold on to it.
I'm more of a narrative story gamer than any thing else.
A hush falls over the  two people who are reading...

I know......
The games I write, excluding AAIE which was more of an anomaly, would fall squarely in the story game genre, with an eye towards old school games. (I love random weirdness and always will.)
Sure I will profess D&D basic Compendium rules is my favorite fantasy system ever. Yes, I run AD&D second edition by choice. If I were to run sci-fi right now  it woudl be Star frontiers and not Numenera.

The truth is in my long running campaigns many times it really doesn't matter what system I am using moment to moment, because we go whole sessions without ever tossing dice. I don't make players toss dice to negotiate with the Jarl of Krom over the  fate of some displaced Orc refugees *. The players talk it out in character. It's about as narrative as you can get. Only roll when we have to is my motto.


How does this relate to Dice that go POW!
As I am  scribbling away  on my current project "Nova 74" I am searching for a mechanic that both supports common actions and sudden violent decisive combat.
the  majority of the game will be narrative, it has to be. The game is set in the middle of  1970's action movies, which are all about talking game and then backing it up when you have to.
When a roll needs to be made I want to glance at the dice and know what it means, narrate then move on.

I started working with a die pool built from  attributes and what the character knows. It was nice, but I did not want the players having to fiddle with a die pool  in  combat.
"I get three dice for my attribute, one for the pipe I'm about to  lodge in his face, and one die because I hate this guy, five dice"

Sounds fine but I think that would grind if the players had to do it every time they wanted to roll on something. To much fiddling -- not enough POW.

So I ripped the whole die mechanic out of  the game I was writing, just straight up deleted it, and that's how it goes. That's why I do this.

Could I take Apocalypse world and run that system? Sure, I could also use Fate, either would work well enough. Unfortunately using someone else's work as a base would deny me the pleasure of seeking a die mechanic that works the way I want it to.

Until I figure it out I will stretching my  brain muscle chasing a randomization method that will satisfactorily allow me to narrate a guy named Sugar-Bear kicking down a hotel room door, then whooping ass on a pimp named Tailpipe who may or may not know who killed Sugar-Bear's sister.

Do you game enthusiasts have any interesting ways that you look at die mechanics while you're writing them?

Until Next time.
Thank you for reading
leave your comments and  beer bottle caps in the  dusty dice bag below.
-Mark

*(For the record: The Jarl blindly hates Orcs, the party druid was left non-plussed by the Jarl's leadership qualities.)