Within the caves of Sharak Falls  there is an ancient temple. A temple where worshipers of the gorge once sacrificed locals, casting them through the purifying water of the  falls into the enveloping darkness below.
The  statues are now fallen, the cult a memory, a story used to scare children into doing their chores. The  temple is  known as a dark and evil place.

A quick map I doodled while watching TV with my wife last night.
if anyone has use for it have at it, just let me know how it turns out. 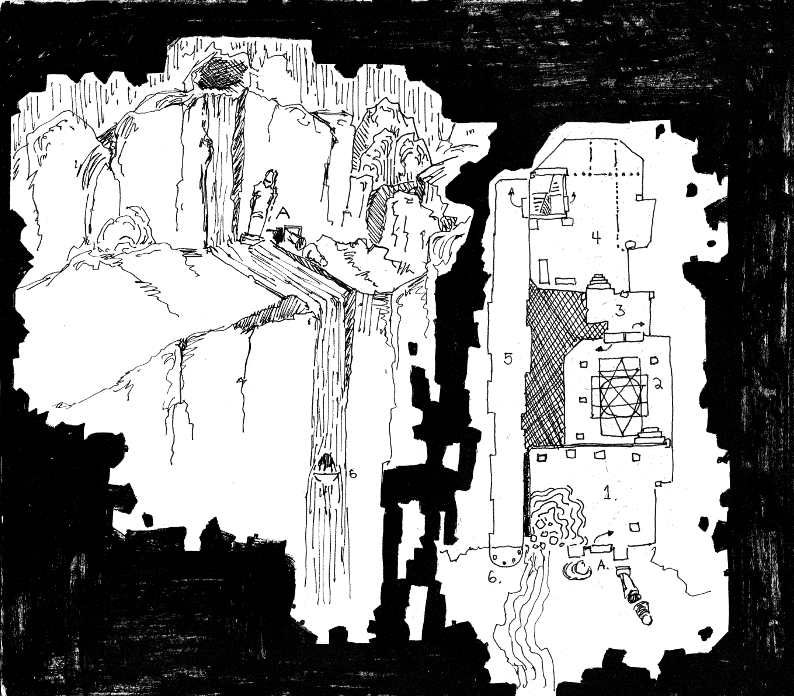 So what's in the temple? That's up to you, here are some starting points...

Roll D12 or whatever.
Hope you enjoyed reading,
hope someone gets so use out of a quick map sketch, even if its just to take the idea and run with it.

Please leave questions and comments next to the shredded monks hood bellow.