So your  players are working their way through some caverns and you feel they are not yet at one with the inherent danger of life below ground. It's time to throw a random natural hazard their way.

Natural hazards are defined by being non-fantastic. A field of giant sentient mushrooms that puff out rainbow colored rot spores are cool. They are not a natural hazard.

The entries on this chart are things that could be in any hallway of any cave and don't necessarily require their own map entries.

I will include notes about equipment that may be needed to  traverse the obstacle, however I will not include details like die checks, saves, or, damage values as they are system dependent. I will try to word these details in ways that are system agnostic. I will place equipment that might be used up or needed and  possible threats in (brackets) at the end of the entries.

Lastly, I did some reading and research for this list, but I am not a spelunker and I do not pretend to be expert on the subject.This list is build for fantasy games, not as a scholarly work. Please no "Sink holes don't work like that!" replies, because dragons don't work like that either.
What I did learn is this:


From a GM's point of view fair warning should be given that some of these random items might  slightly alter the lay out of your cave. Some entries add  verticality others add some features like boulders or stalagmites. I tried not to make any of them all that earth shaking or map changing.

When your players are  running down that dark underground passage like a bunch Usain Bolt's ..
Roll 2d20 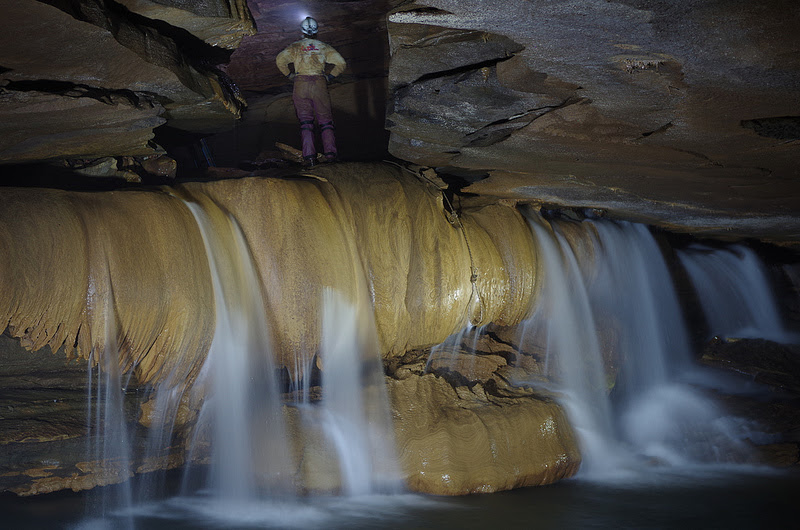 hope you enjoyed the post.
Thanks for reading
Leave questions and comments in the dark gaping maw of the  sundered earth below.
Mark.
Posted by Mark at 10:36:00 AM