Linked One shots, A Campaign that isn't.

Sometimes things go so horribly wrong that it ends up being right.

This post is the functional bookend to the my theoretical post about the meta game found here.

One important aspect of the hobby is the story arc, the long running campaign that covers several months even years and ties together multiple sessions. That's my Jam , that’s how I started playing and how I love to play. But there is another way to do things, linked one shots.

I have taken some minor heat on this blog in the past for bashing the one shot, and I admit it's not may favorite form. After some thinking here is what annoys me about games that are one-shots by design. The players spend a few hours of their time and energy making the fantastic game experience, what ever it is, then “poof” those ideas and that history is gone. The fiction ends. That's a book, when the last page is read and there are no follow up books that fiction ends. I think that’s why we see so many trilogies and larger series in the fantasy and sci-fi genre authors don't like to see their fiction end. As a Gm neither do I.

The other night we played a game if AAIE over Roll 20 and hangouts.


AAIE is a game of one shots. Deadly adventures where most of the time no one really expects to make it to the end.

Please allow me to indulge in an actual play,


Skip down if you hate actual plays:

In this particular game my friend Jay took the reigns and ran the adventure. Two other players and I  rolled up fresh characters.

Man the characters were bad.

I had a ball and chain swinging, wicker armor wearing, dwarf priest whose only priestly talent was to create water, which is a miracle and all, but in dungeon? Nail in the coffin, low hit points (resolve pool.)

Russ had a mace wielding elf wizard, who was not very strong, and cast his spells thorough a blood thirsty demon familiar who wanted to kill us all.

Otto rolled a Minotaur wizard who had just about the best set of spell key words anyone has ever rolled, and was statistically pretty good. His biggest flaw was that the character did not have enough concentration (focus pool) or magical energy (Myst pool) to be an effective caster. 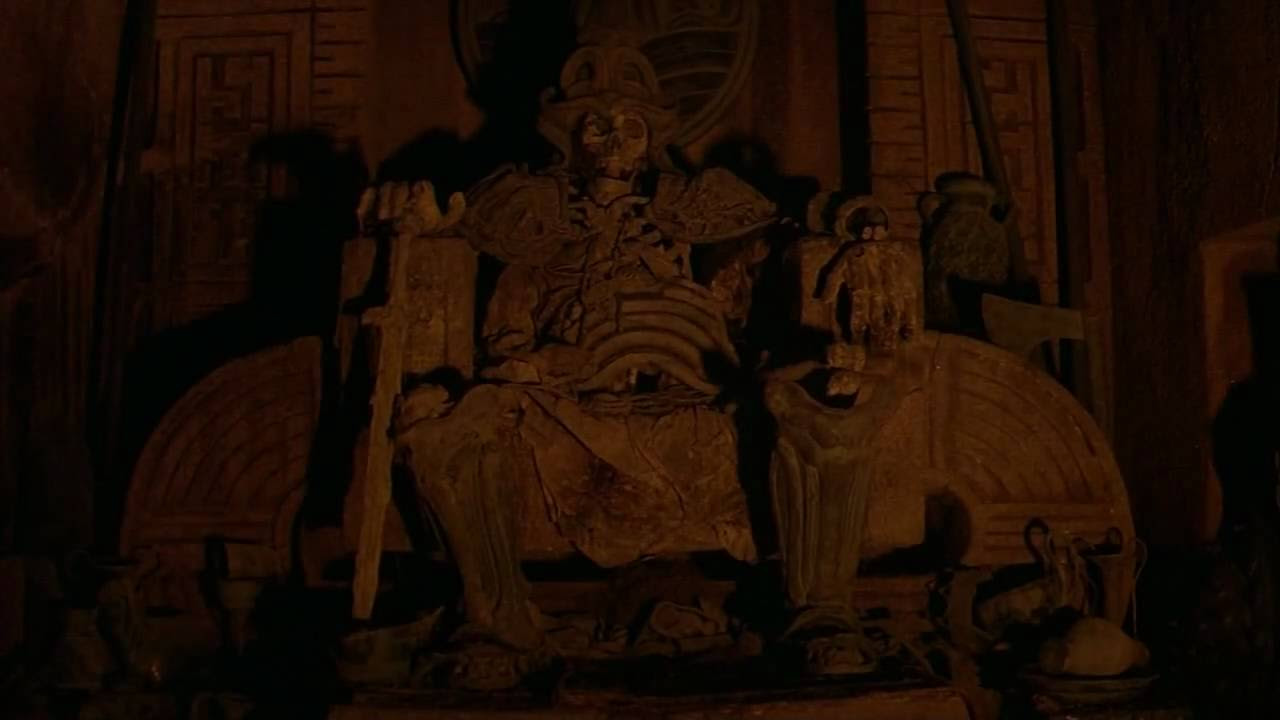 So off we set into some crevasse of a dungeon where we were looking for a map to greater treasure.
We fought a bit and took some lumps, fought and old hag and them watched Russ demon drink her blood after the fight. My dwarf was rightfully unsettled.
It was nothing serious until we found this 8 foot tall skeleton dude with horns sitting on a stone throne.

When we found him, he was just a moldy old skeleton so the Minotaur pushed it off throne (with a great roll) and sat down like he owned the place.
Once that skeleton started moving again we kind of knew the fight was on and I'm sure the GM was going to have a monster that was none too pleased with The Minotaur wizard sitting it's chair. At some point Otto started tossing spells into he mix one of which called a zombie to grapple the creature, on top of the stunning and the knocking down.
We did manage to rip one of the creatures horns off and jab it into it's face, but that was a nominal victory we still had a pissed off creature on our hands.

But then our weaknesses started to rear their ugly heads. My ball and chain could only every other round and I had no hit bonuses of any kind, so I was missing. Otto Fumbled and summoned a huge rainstorm into the cavern, flooding the room. Russ fumbled, took a rebound shot from his own mace that sent his own brains and teeth spraying all over the room. Dead. Not only that, his demon familiar gave us all the finger drank Russ's character's body dry and disappeared.


That left Otto and I, and I could not hit a barn, so Otto started firing spells every round.

Remember I said his focus and Myst were too low to be effective? Soon he was into negative focus and his character's mind started to break. First it was an obsession with the creatures severed horn, then megalomania, then a split personality. Otto played it to the hilt with his Minotaur now accusing the original monster of being a pretender and usurper to his throne.

Finally on the last combat round Otto's character now quite insane dipped into negative Myst, failed his “save” and the magical energy ripped though his body, causing him to mutate, each of his legs painful ripped into five long tentacles which writhed and slithered all over the throne. Otto declared that his character was now master of the caverns and crammed the original monsters horn into his own fore head.

Leaving My character starring at a quite insane, squid-Minotaur, triceratops, wizard.

My next action was to drop all of my equipment and run like hell back to town. Bronson Fishhook Dwarf Priest is now once again a dairy farmer, he will never adventure again.

So what we get are linked one shots, linked together by the loose ends left behind. We know that Otto's now insane character is still out there wandering around the caves. My old character is back in the town available to sow the rumor for the next group of adventurer's.
The next group of  unlucky  adventurers might just go and try to kill him. Or they might follow one of several other  loose ends left hanging around  the  town.

In my mind this is the third and sometimes neglected form of game play. These are not epic story arcs of heroic characters, but it's also not a case of each games fiction being encapsulated, not to be referenced again.

I feel this concept could be used for any RPG, where the players don’t always have time for campaign like serial adventures.

The steps are straight forward.
I's a loose feedback loop that allows one quick game to build off the last quick game. It only works because the players remember the shared history, even if in play the character's are completely ignorant of it.
It's the metta game in action, incorporated into the game, put to use.

As always thank you for reading.


Please level thoughts and comments at the throne of the Minotaur Squid Mage.
-Mark.
Posted by Mark at 10:48:00 AM