Creating New things, The closest a person can get to the roots of our hobby.

Lets talk about role playing games, or not.
There has been a lot of ground covered about RPG's in the past 40 some years. This subject has spawned millions of words , and an untold number of ideas viable and otherwise. And it continues.

I read some blogs regularly, every day I check in on Dyver's,The Tao of D&D, Jeff's and a few others, every day I get an injection of ideas. Sure we go over the same ground a lot but much of the time we try at least to put a new slant on things. (links are in my blog roll on the left margin of this page.)

So why? Is the real game that Arneson / Gygax birthed to us all those years ago the game of constantly reinterpreting the idea of “role playing?”

We have people still playing white box D&D, under the same hobby umbrella as folks doing free form small group larps. Then there is everything between.
Yet the hobby is not satisfied.

I wrote a post the other day about my current projects, all of which are RPG's. Why?
I Could happily play AD&D 2nd ed, forever and not bother with all this writing blogging game design crap.

This goes deep into the history of the games, the roots of the form.
No matter what Wizards along the Coast want us to think, there are zero reasons to buy their stuff, other than to have the new stuff. Which I admit has it's own kind of appeal. I like new books and new art and all that just like a lot of other people. At the end of the day however I could throw all of my 5th ed books in the trash and go back to whatever I was playing in Jr high school. No offense to the rock-solid fans of 5th ed but it's nothing special. Nothing that hasn't been done before.

This is the ultimate do it yourself hobby because it started as a do it your self hobby. If you get a chance look over PDF copies of the of “Strategic review.” That forefather of Dragon mag looks and reads like some guys publishing a zine out of a garage, because it basically was. The only thing that sets those progenitors of this hobby apart from us is 40 years of self publishing technology and that their company was eventually as success, in other words eventually made money. Things do change when an idea becomes a money making idea, then a big business.

It wasn't talent, it wasn't some unfathomable foresight or Genius. Those publishers were doing-then exactly what we are doing now. Taking the games they were playing (war-games) and experimenting with the form. (What if the hero’s went off into dungeons on their own?)

Being born from experimentation is what makes role-playing games so infinitely malleable, breakable and hack-able. The form is from it's roots open to interpretation. When someone (like me) or hopefully a person more talented than me sits down at a computer and says, “I want to write my own RPG to do this Role playing thing exactly the way I want it.”

That person is acting exactly in the spirit of the original game creators. There is nothing more “Old school*” than writing original material for a game or writing a whole new game which the author and the players will love.
I do it, a lot of other people on the internet do it, and heck even Wizards OtC do it. ( I mean D&D ed 6 will out when? 2019?)

So if you want to be an old school gamer, like really want to?

"send in any brief items you have -- either news or articles or material for the other columns. Thanks!"


Leave questions and comments in the  fetid trunk of the El-Camino below.
Thank you for reading
-Mark.


* I don't pretend to know what old school means in today's context. It seems to be a point of debate, a debate I don't want to get involved in. It's not really the point of this piece.

Started to play a game:

Then it turned into a 2 hour discussion of cars we used to own and how we destroyed them.
It was a win.

Email ThisBlogThis!Share to TwitterShare to FacebookShare to Pinterest
Labels: Not RPG related

In no particular order here are the RPG things I have on my plate right now. 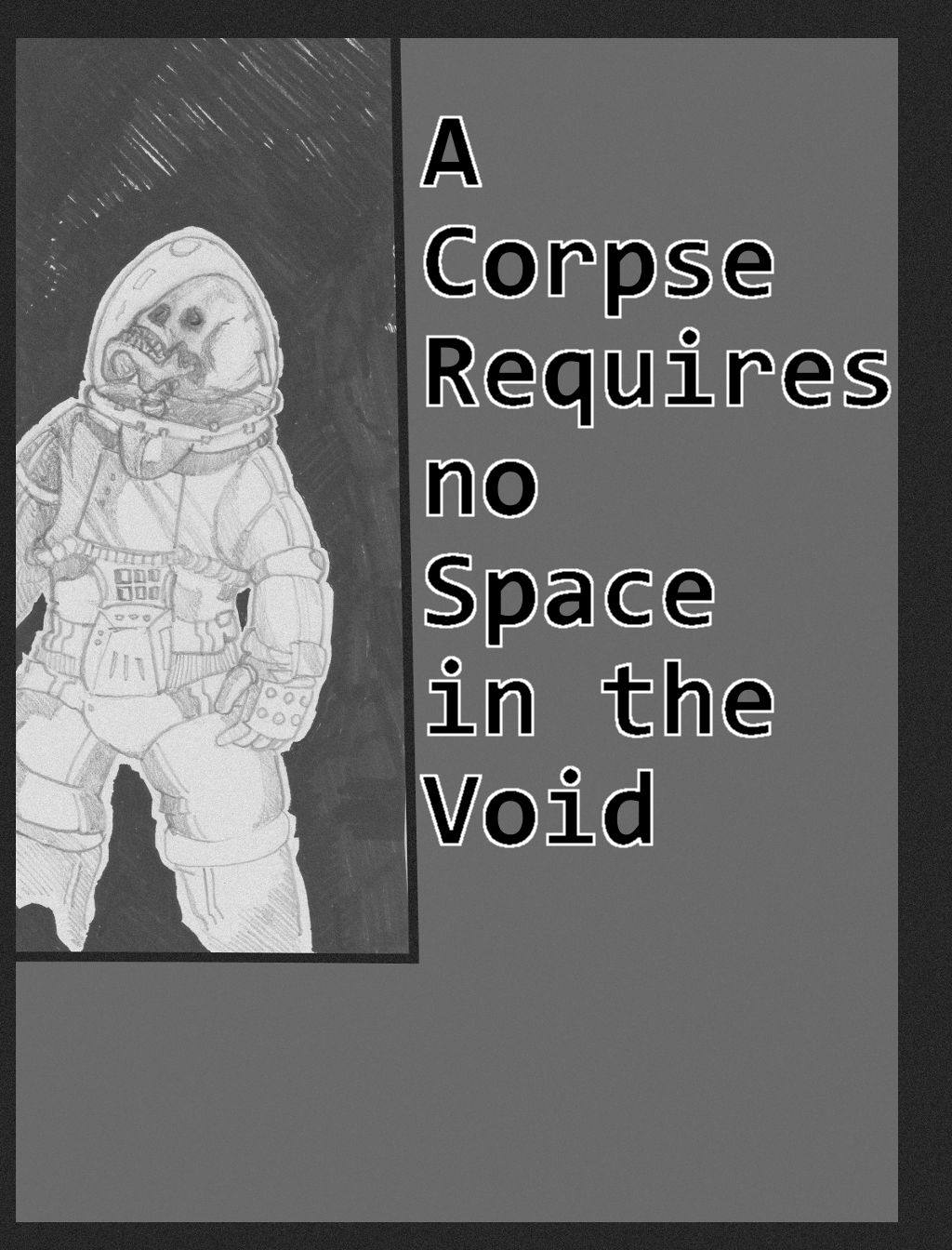 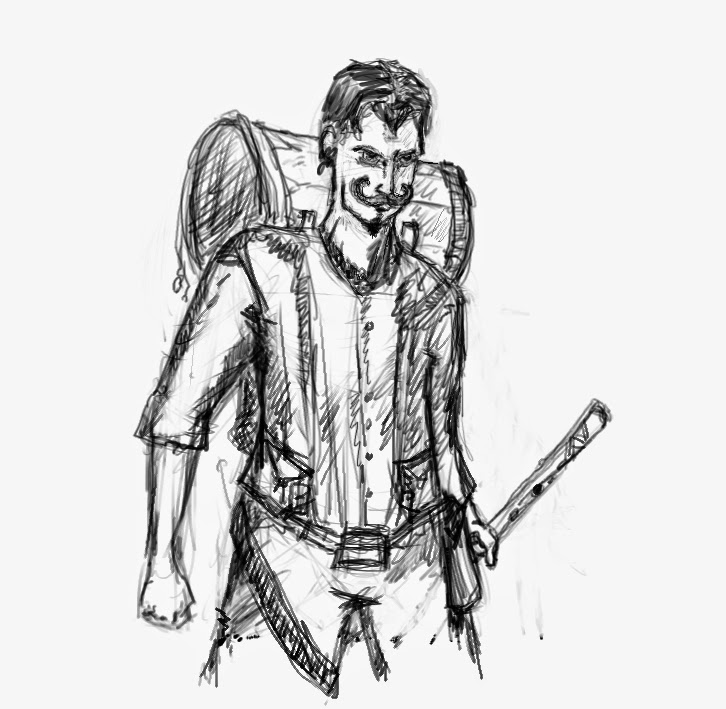 Finally about time passing:
On the  21st  I turn 40. This was the month by which when I started this blog in April of 2013 I wanted to have a game book, written, edited, art purchased, laid out, and out there in the wild.
It was a lofty goal, I knew that at the time, the tight scheduled has never bothered me, I know how to work with  time.

My goal was never to make money, in fact I planned on loosing  money, I had that set aside. Nor was my goal to have a hit game out there, I simply wanted something with my name on it out in the community that I could say..look I did that!
No excuses. I took my eye of shards and focused on AAEE which is a very fun game but in my mind inferior, It was my decision to do so.

That was my goal 2 years to make, "Shards of Thimbral" happen. It did not happen. Which is to say I have failed to achieve my goal.
An actual published game by me is never going to happen, I'm simply not going to  pursue it anymore. I have a wife, family, friends, job, and a home that require that time and energy. I have personal reasons to believe the next 10 years are going to be the busiest of my life. Unfortunately there is going to be progressively less room or this kind of thing.

I have met and talked to a large number of interesting and smart people. Conversation I would not  trade back for anything. I have seen the past 2 years of community upheavals and controversies come and go. I have in fact learned a lot about the online RPG community I never knew, some of which is positive, a lot of which was not. I have written a bunch of stuff that had nothing to do with my original goal. I guess that's how it goes.

So where does that leave this blog?
I'm not sure.
I was prepared yesterday to close the doors here. Say thank you and move on.
Today I'm not. I have all that stuff listed above going on in my head I would like to share it, and share it I will.

If you are a regular reader and I think there might be like three of you now, (I thank you.) I don't plan on closing this blog but I also don't plan on posting as much RPG design stuff moving forward.
Lets see what this becomes over the next few months then I will make a final decision on the Dust Pan.

I don't want to leave on a down note, because down notes suck fat donkey nuts.
This week I have off, I'm going to try (try) to get NOVA 74 cleaned up enough to offer a free play test PDF by the weekend for any one who wants to grab it.

-Thank you for reading:
Please leave any questions or comments in the basket of angry vipers below.
-Mark

Email ThisBlogThis!Share to TwitterShare to FacebookShare to Pinterest
Labels: Not RPG related

The demonic contagion... (a mini quest in 7 charts)

"The demon started the  contagion whose cure can only be found in the book which you will gain access to only once the demon has been banished."


If you are reading here it's a safe assumption you have been here.
If not you should.
Anyone who does a blog that has some random charts for RPG's is bound to run into very high standard set by "The Dungeon Dozen." For all the right reasons to, that blog is awesome, so go check them out.

The only thing I have never seen there and, I may have missed something are charts linked to become something other what they are individually.. so...

Here for you today I offer seven quick 1d12 charts that could if you were a desperate misanthrope (much like myself) be strung into the mini quest from the title of this blog.

Use the  charts to Fill out a mad lib:*

The demon started a contagion of Distended stomachs ripe with maggots.
Which can only be cured by the  sacrifice of lambs.
Behind the door that is crafted from one giant slab of coiled terracotta, embossed with  fake

Wood grain. You may find the book whose cover is made of living worms,which holds the obscure recipes for a nectar of unparalleled flavor and temptation, and the knowledge you seek.
This will only occur once the demon who is An obese human with a large gibbering mouth in its stomach, is banished by an arrow tipped with quartz.

As a Gm you have every thing you need to run this goofy side quest of book finding and demon banishing.

As always thank you for reading.
I hope that even if this example is of no use at all, because lets face it , its a bit loose and silly then at then perhaps some one expands on the idea and makes it  awesome.

Please leave Questions and comments in the  contagion rife headscarf below.
-Mark.

*(Better yet hand the mad lib section to your  players and have them fill it out then combine all their answers into a quest that they all had a hand in making. This idea will get a blog all it's own at some point.)