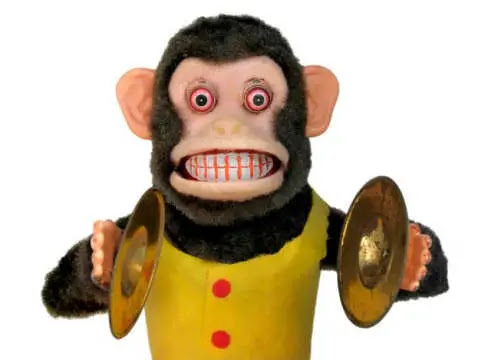 I hate apes and monkeys, they creep me out. I'm not sure why, but I don't find them cute or funny. I find them oddly disturbing.
Let's take this Phobia head on with what might be the most esoteric and useless charts I have ever written.

Motivations: 1d6
First rolled ape type:
I rolled up one example  first set of rolls yielded.
Babboon sized and shaped with thick dark fur. A snub nosed face and a bushy prehensile tail.
They live in a troop of 13 individuals with one large leader. They possess a low hominid level intelligence, communicate with a simple language, and hunt together in a pack. They wield sharpened sticks as spear like weapons. The group seems to be motivated by taking over new territory so that they may expand the troop.